New Trends in Sprinkler Design for 2014 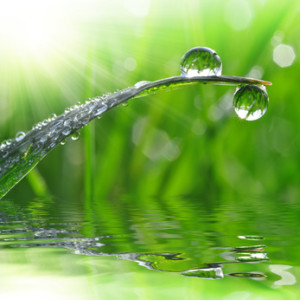 Although it has been around for years, the newest major trend in sprinkler design so  far for 2014 has been, without a doubt, Water Conservation!  Because of the severe drought that our service area has been in for at least the past year, watering restrictions have escalated to the point where most cities are only allowing watering with an automatic sprinkler system once every two weeks, through the end of October.  Although we are not yet in a Stage 4 situation (no watering at all), the possibility of entering into Stage 4 could be right around the corner at any moment.

Water conservation has gained popularity for two reasons.  1 – We can’t water as often so we want to make sure that all of the water goes where it is supposed to go.  2 – Water is money, and wasted water is wasted money.  As homeowners have become more aware of and concerned with water conservation, we have noticed main areas where cities and their residents have adopted new practices or changed their old habits.

Drip Irrigation – this has been the biggest push of 2014.  Most cities allow watering using drip irrigation with no restrictions.  Some cities limit it to up to two hours each day, but still, that’s fantastic!  As restrictions have become more severe, many homeowners have made the jump to drip irrigation in their flower beds and along the foundation of their house.

Better Separation of Zones – many homeowners are realizing the benefit of having more zones in their sprinkler system.  Example, if a shady area and a sunny area are watered on the same zone, the shady area will become saturated more quickly than the sunny area, causing water to runoff into the streets as waste.  Although it’s more money upfront, installing a new valve and piping, in the long run, it saves water and money.  Separating zones also helps to maximize watering benefits when we only get to water once every two weeks.  The flowerbeds will get the water they need and the grass gets what it needs.

Parkways – because parkways are so narrow, it is often that the pop-up spray heads spray beyond the grass and onto the road or sidewalk.  As a result of this, some cities have required that only drip irrigation be used in the parkways of new sprinkler system installations.  This helps to limit the amount of water that is wasted during each watering session, and of course, saving money.

Soak & Cycle – we have witnessed more and more homeowners adopting the Soak & Cycle technique.  If your yard needs to get 30 minutes of precipitation, instead of watering once for 30 minutes, try watering four times for 7 to 8 minutes with a 30-minute to one-hour gap in between each watering.  This allows the clay soil to absorb the water that is applied to it without the water running off.  After about 7 to 8 minutes, the clay soil’s ability to absorb the water decreases and that is when your system should cycle to the next station while the previous area has time to absorb the water that was just applied.  Once the system comes back around to this area, the area will be ready to absorb more water.  Repeat this process three to four times and your yard will retain and actually use much more of the water that you are applying.