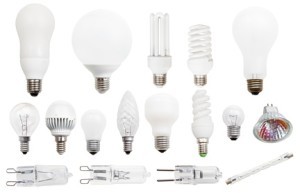 Then along came the light-emitting diode (LED).  Actually, LEDs have been around since the 1960s and were originally used as electronic components; however, they did not start becoming integrated into landscape lighting until several years ago.  The LED consists of a diode chip made of semi-conducting material, encased within an epoxy, plastic, resin or ceramic housing and attached to the electrical circuit and light is emitted when an electric current passes through it.  One filament is used in an incandescent light bulb, whereas several LEDs are used to make up a LED lamp.

LEDs are more expensive than their incandescent counterpart; however…

When it really comes down to it, using LED or incandescent bulbs and their respective equipment and fixtures is all about personal preference.  There are pros and cons to both (cost versus energy efficiency), and it’s up to the consumer to weight what is important to them and base their decision on that.